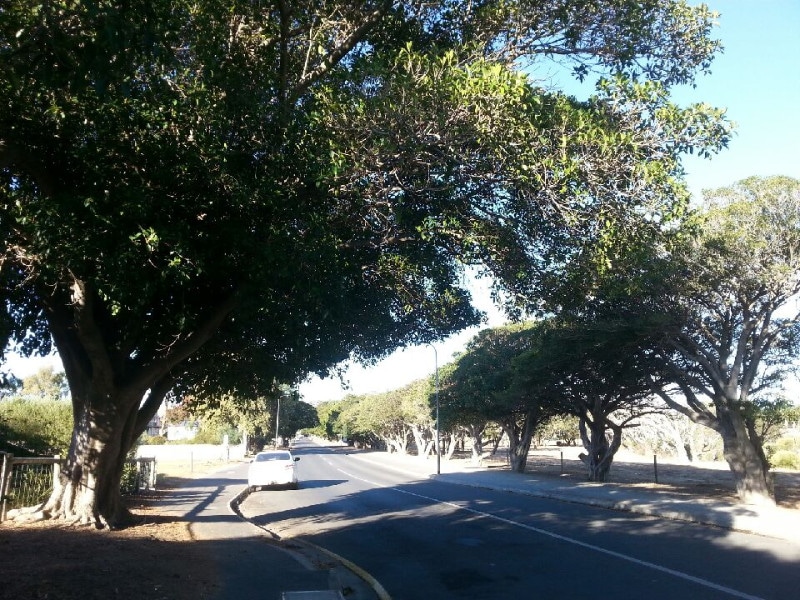 This living memorial is now believed to be the very first avenue of honour planted in Australia.

The trees are located on Jetty Road, Normanville, (Fleurieu Peninsula south of Adelaide), possibly 4-6 large Moreton Bay Figs remain of the very original plantings along the southern aspect of the road – slightly younger trees complete the Avenue which is over 500 metres long.

“The trees used were Moreton Bay figs that had been provided by and planted by Mr R. B. Clark and were ‘intended to serve as a living monument to his [each volunteer] gallantry’. Each tree had the soldier’s name and details attached.” pp 130-131