On Saturday July 30, 1938, a group of Wallaroo residents planted the first of many trees which were to become Swansea Park. They did so with the support of the Wallaroo Council and the Wallaroo RSA. They were motivated by a desire to convert a dusty patch of land they called Billy Goat Flat into a park. They hoped to improve the area in which they lived and also honour local men and women who had died in WWI. Acting President of the Wallaroo sub-branch of the RSA, Mr G Boase, “outlined the objective of the tree planting drive of the returned soldiers, and stated that as this was to perpetuate the memory of those of their organisation who had fallen at the front, or had since passed on, it was quite appropriate to be planting trees in the soil of Swansea Park, for on that and adjacent land many of the local soldiers had learnt the rudiments of drill” (“OPENING OF SWANSEA PARK.” The Kadina and Wallaroo Times, 6 August 1938, p. 2).

The first 47 Aleppo pine trees (Pinus halepensis) were planted in honour of those soldiers.

In February 2012, contractors felled all of the trees, removed seats and graded the paths. This returned Swansea Park to its former Billy Goat Flat status in preparation for residential development.

Can you help to find out more?

Does the avenue/commemoration planting still exist?

Who is commemorated? (if known). 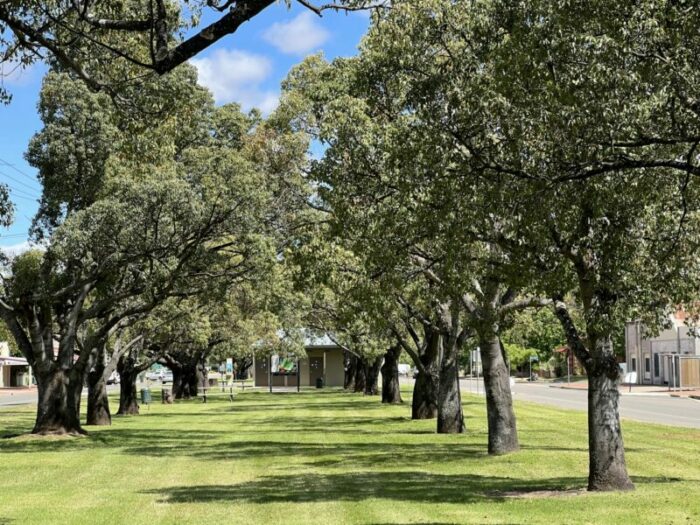 The Rock Avenue of Honour