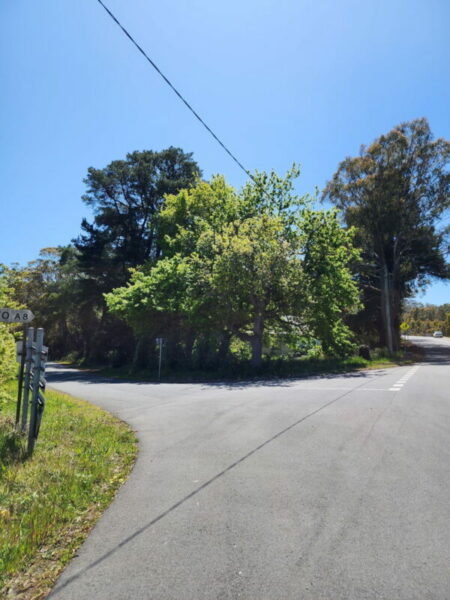 In 1918, shortly after the end of WW1, three English Oak (Quercus robur) trees were planted in the grounds of the former Hillwood School to commemorate three former residents who were Killed in Action.

The Hillwood ‘avenue’ is significant in that it was the first established in the Tamar Valley.

Subsequently, to protect the oak trees at the school from marauding wildlife, guards were erected around them.
On Empire Day 1921 a ceremony took place in the school grounds at which plaques were attached to the guards surrounding the trees planted three years earlier. Each plaque contained details of the soldier killed, the date and place of his death, and his service number.

The plaques for the three men remained on the trees at least until the school closed in the late 1940s. Beyond that their history is clouded for over time the plaques disappeared from the trees – and at least one was believed lost totally.

In 1996 Hillwood born, former resident, David Miller (of the well known Miller orcharding family of Hillwood, wrote to the community suggesting that these plaques be found, if necessary apply the “old brasso” rag and maybe find a more appropriate location for their display.

After investigation, it was discovered that two were still attached to the trees.  One was so overgrown that the name could not be read.  This was carefully chipped away.  However, when the last chip fell, so did the plaque.  So the other was also removed and taken into storage while the location of the third was begun.

Through a quirk of fate, the final plaque was literally stumbled across in the ruins of an old burnt down apple shed.

The plaques were straightened up, cleaned up and then placed on a rock by Dunns so that they could be taken to various areas for display, the first one being the Tamar River Festival in Hillwood.

With the three plaques all found it was decided to mount them on a large rock located opposite the old school at the fire station.

In 2001 the fire brigade formed a plaque restoration committee with the intent of having a suitable memorial constructed and completed by Remembrance Day, November 11.

The quote for all work and materials came in at just over $4500 and the committee sought and received a grant of $1964 in October 2001 from the Minister for Veteran Affairs for the erection of a permanent memorial to house the plaques at the Hillwood Fire Station. Beautification of the area included paving, a garden and a Flag Pole.  The Hillwood Fire Station is located opposite the former Hillwood School where the trees that originally held the plaques still stand. With the work duly completed an unveiling ceremony was held on December 15.

In 2002 ANZAC Day was marked for the first time in Hillwood’s history with a dawn service at the memorial. There were over 100 in attendance with 93 staying for a breakfast held in the Hillwood Memorial Hall. This tradition now persists, the responsibility of holding the event having been passed to the Hillwood Progress Association,. 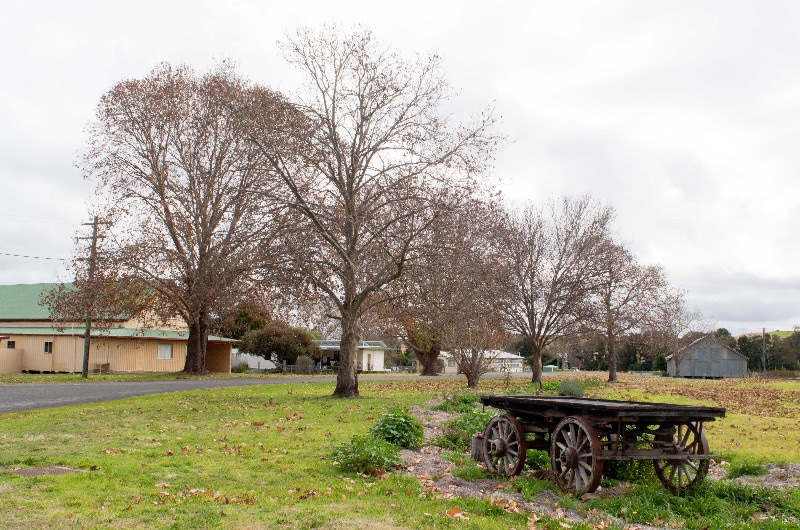